That didn’t necessarily mean I believed there was a crime. But if the art was listed as recovered from the fire we could then start getting this artwork authenticated. So, after I emailed Lloyds of London and began communicating with Julian Radcliffe, the visits in the screenshots below began.

These screenshots are just SOME of these visits and the “keywords” that got passed on from the search engine Google.

When the FIRST hit came in I stated “WHO THE HECK IS JOHN OLSEN?” my daughter says that is the man you are emailing trying to contact Fred. I said “OHHH!!!”.

After I found the fire I never emailed Frederick/John again.

I do ask if you were faced with this artwork and my mother’s amazing story plus the conclusion on why it all occurred would you not also continue to try to stand up for it? 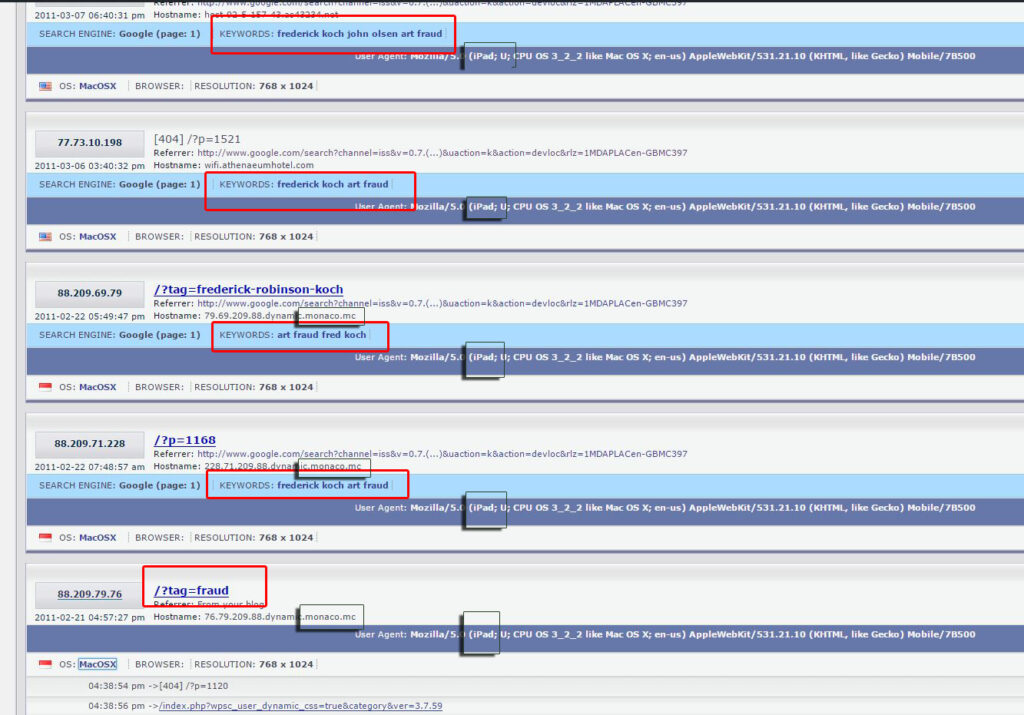 This screenshot they searched things like “Frederick Koch Sutton Place” and “The Sutton Place Story” (there were 30+ visits on this search term):

There are more than 60+ visits from Monaco alone from January 2011 to January 2012. They probably weren't aware of how websites collect data.

The above visits occur after I reported possibly having artwork from Fred's fire discussed in the the article below.