These 3 Jane Peterson paintings are part of an incredible story. 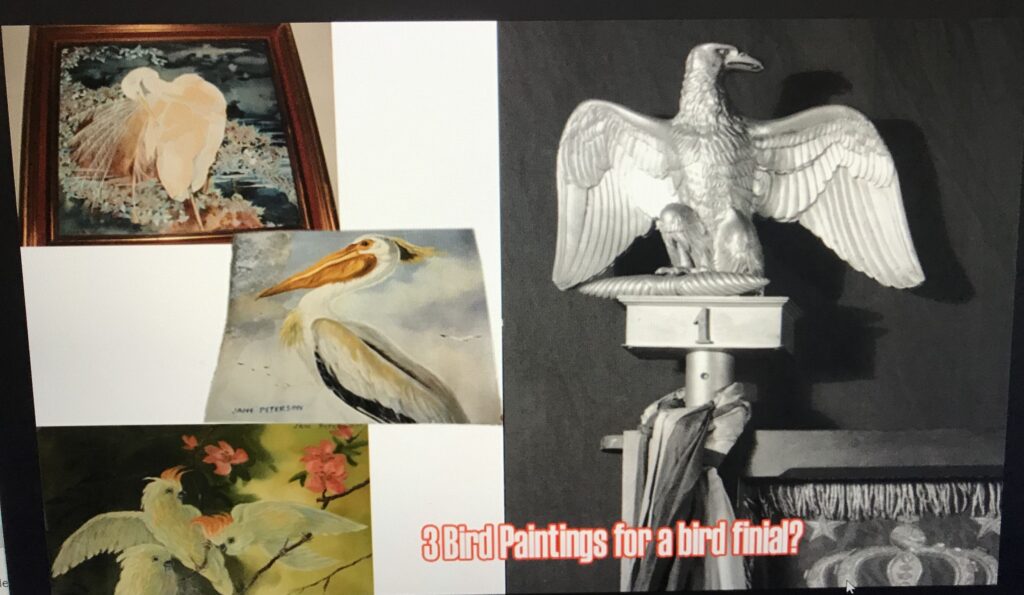 3 Bird paintings (by Jane Peterson) were sold to my mother.

In April of 1992 my mother was able to have the snowy egret painting authenticated and listed in Sotheby’s Catalog.

This was easily authenticated because it is a watercolor done on special Kodak paper. The paper was created specially for Jane Peterson, as her husband was an attorney for Kodak. (my mother still has this painting it didn’t sell). Plus the notes with Mr. Koch’s handwriting discuss the Jane Peterson paintings.

The photo gallery below shows:

With the fact that the painting was done on special paper that Jane Peterson was known for using, paper that was specifically created for her, along with the handwritten provenance from Mr. Koch in my mother’s notes – this should also go along with all the other artwork mentioned in her notes. Providing a provenance for all the artwork mentioned in her notes at a minimum.